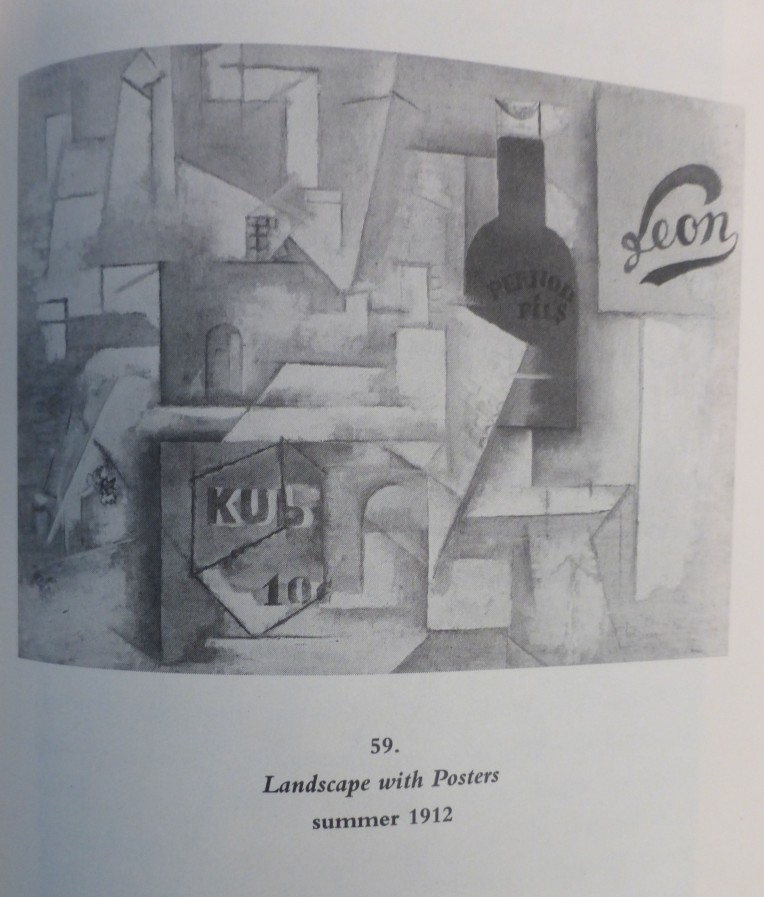 This is continued from the previous post, Landscape with Posters (1912).

Seeing the finished work can be overwhelming, and I think that’s part of its appeal. You can get lost in it. So while making a copy, I was pleasantly surprised to see the picture open up to me. In order to find a starting point, my eyes followed the horizontal lines, and I noticed that they scored the picture regularly. 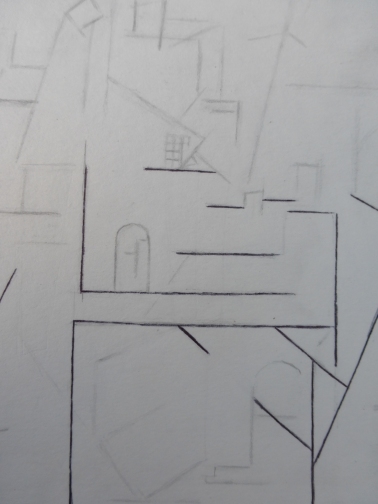 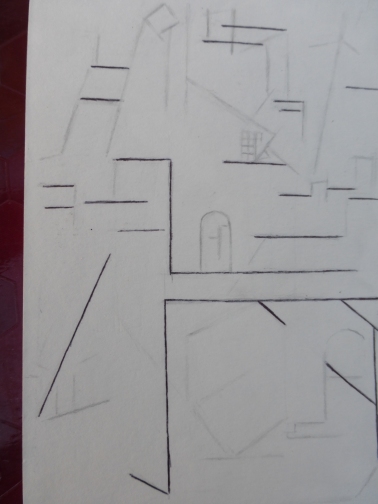 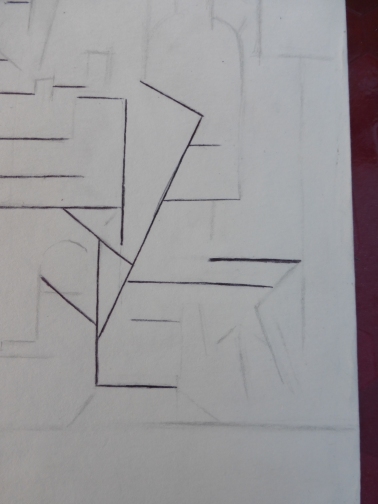 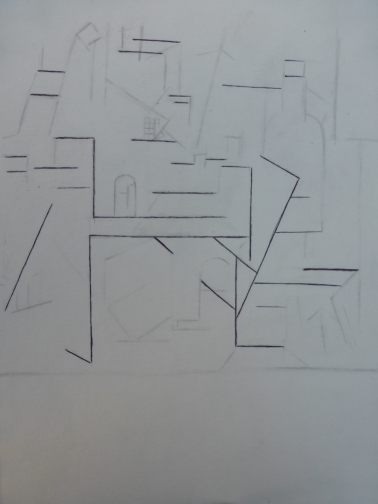 While drawing diagonal lines, I noticed two were set apart from each other but parallel, so they framed a part of the picture at an angle. 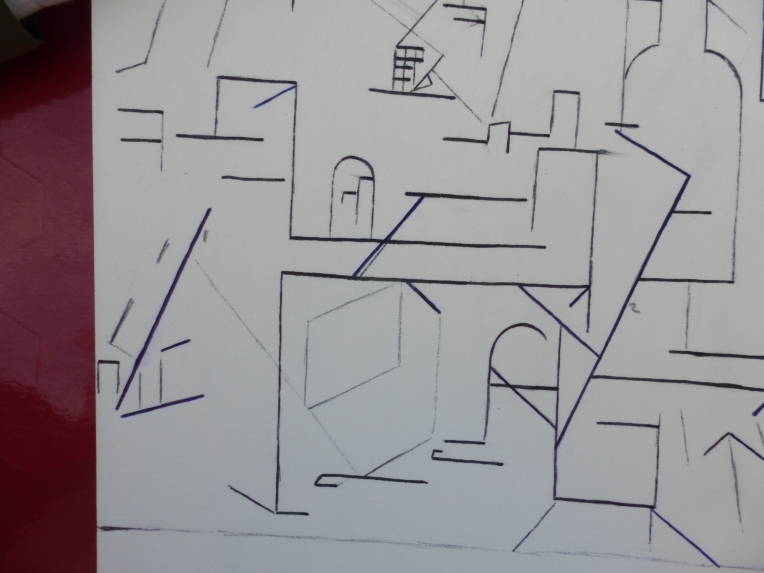 I then noticed other parts designated by lines that are parallel to each other, which intersect each other. These spaces are where you can focus your gaze; you can get lost in them. 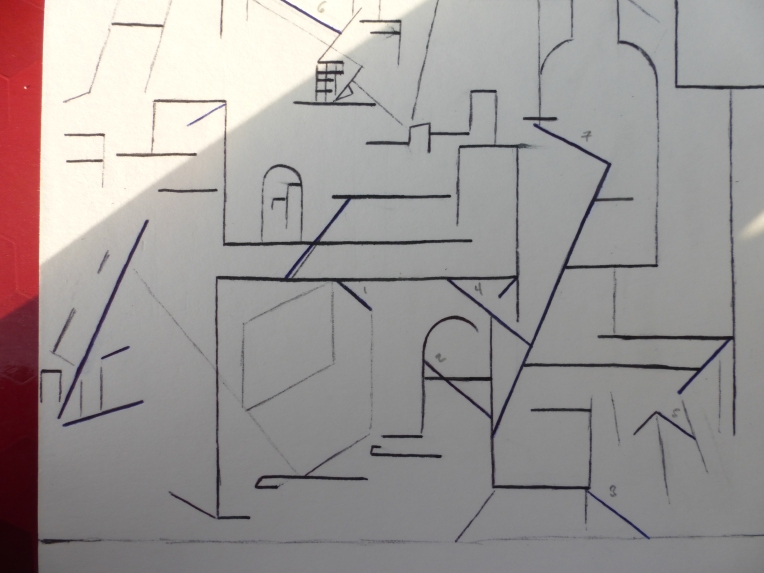 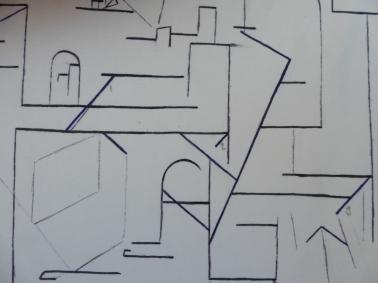 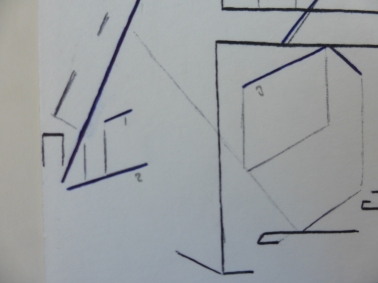 The variety of angles or perspectives or vanishing points, or however you would like to describe the lines which create these spaces, create a kind of ebb and flow, while the visual rhythm of the horizontal lines unify the picture as a whole.

The process was very simple. I copied it by eye, first in pencil. 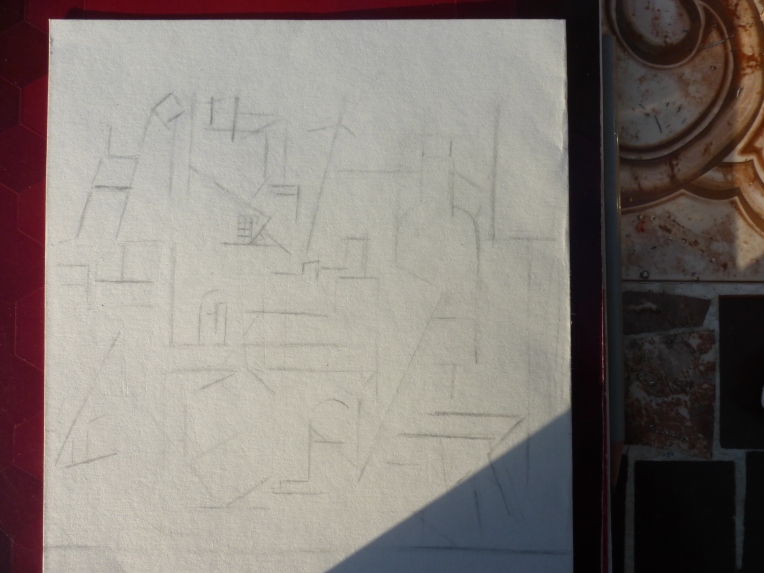 I then added ink. 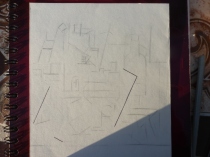 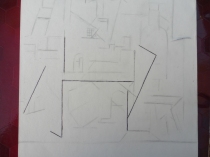 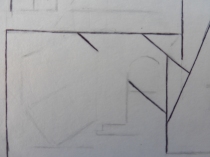 I really liked the idea of applying ink to only one set of parallel lines; EG, all the horizontal lines. However, I wanted to see if I could do more. Interestingly, adding ink to all the lines seemed to be too much, so I considered using different colored inks, so that you could see the ebb and flow more easily. However, doing so took away from the unity of the original. I eventually settled on using a variety of thicknesses.

For the below, I simply went over the lines in pencil with a black ball point pen. 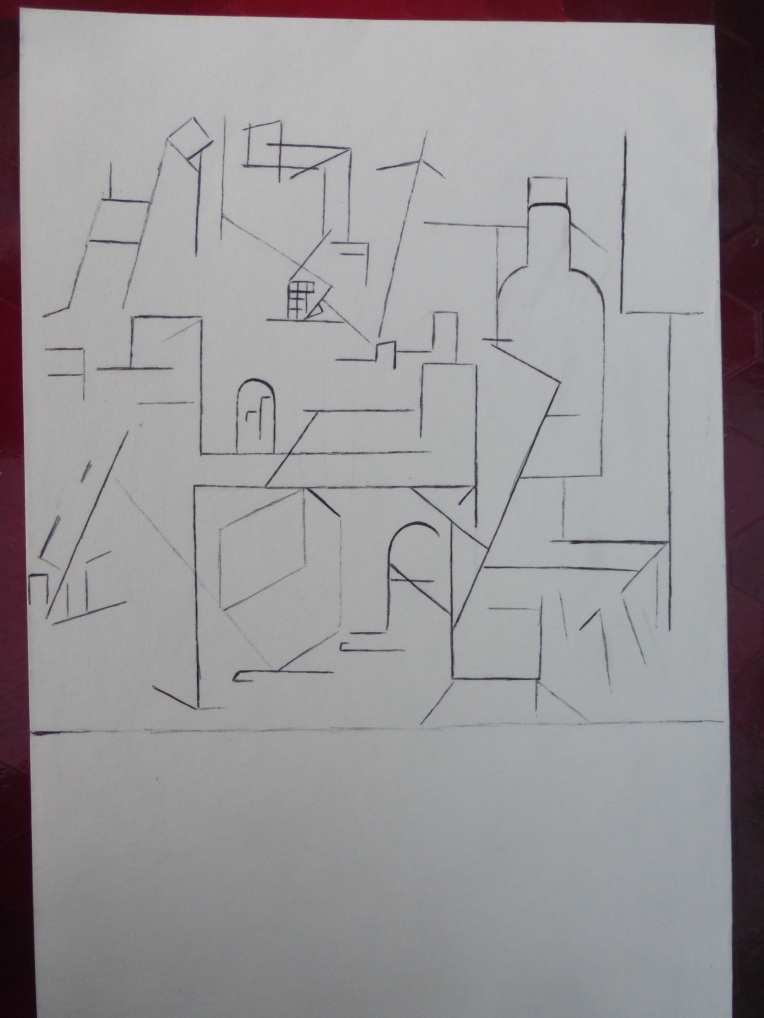 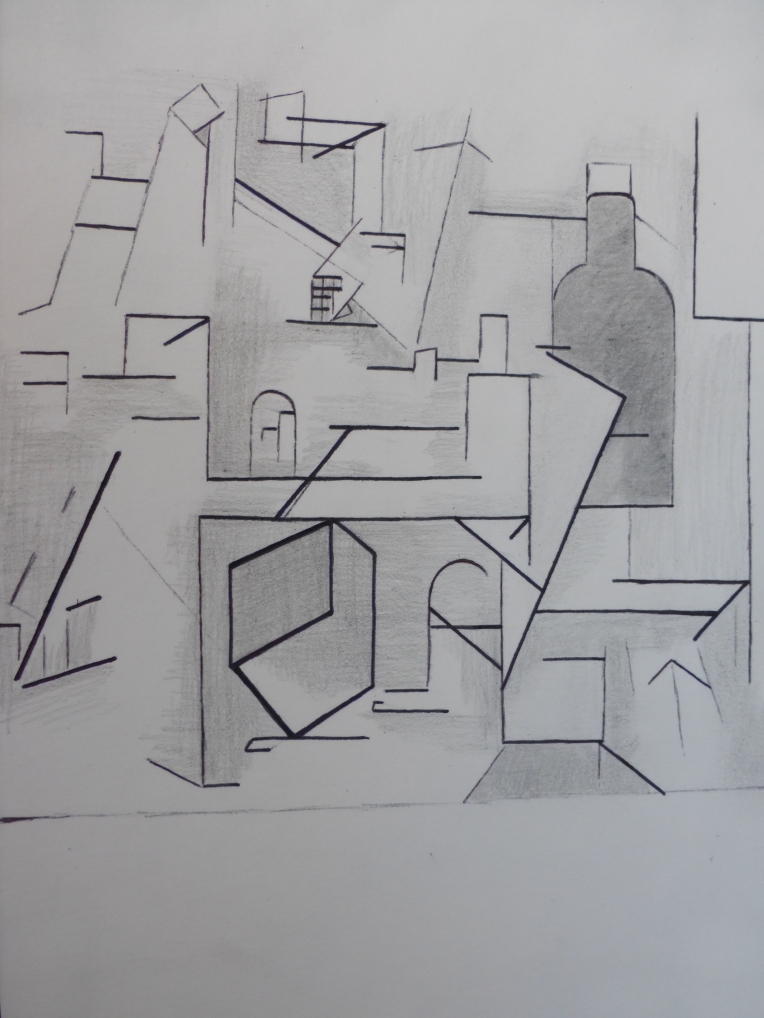 I then added shadows which mimicked the variety of tones in the black and white digital copy of the original offered in the book. This further added greater depth and contrast between the spaces.