Here’s another water color. I really liked the flowers I drew for the previous post, so I used them again. I wanted them to be the focus of the painting, and I think they could’ve been, but I began by painting them pink and it was easy to overwhelm the idea of the flowers with another idea, IE, vases, by simply using a darker color for the vases. 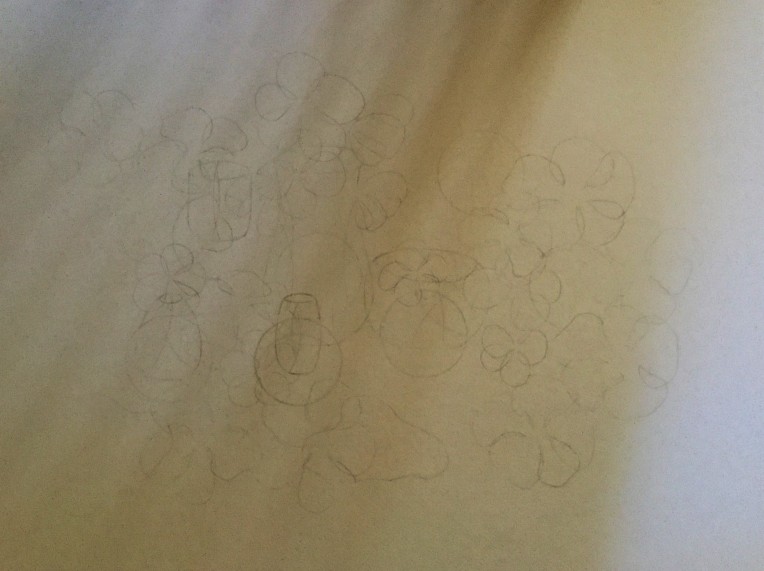 I began with the above sketch, but after stepping away for a day, I decided to add to it, which made me rearrange some of the flowers already there. 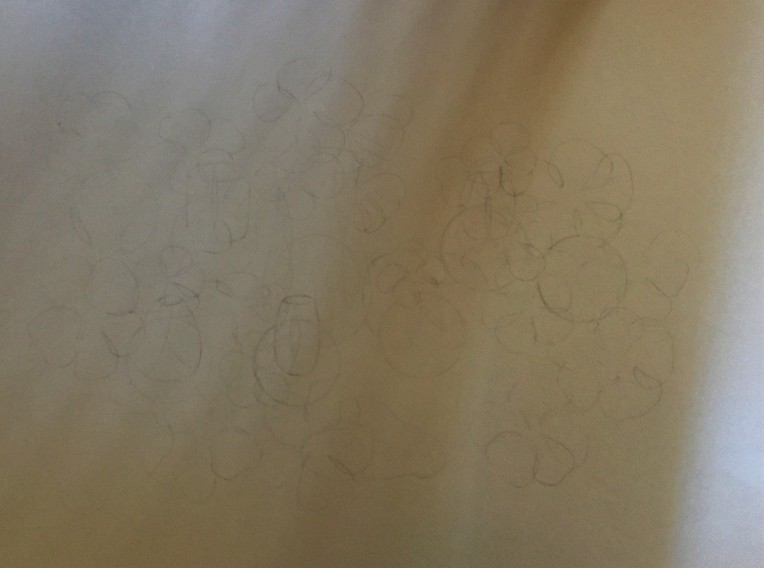 I didn’t have a clear idea of how to paint it after finishing the final sketch. I was still thinking of it in terms of a line drawing, and I liked it as a line drawing. 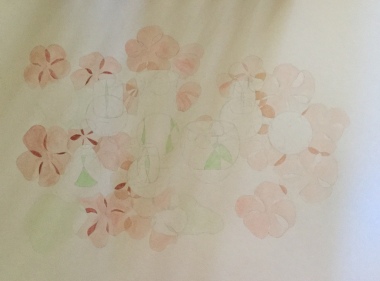 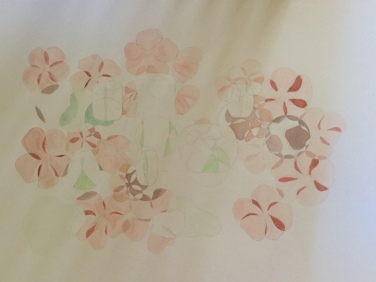 But I stuck to my guns. In my head, I wanted to paint something with a pink and light green contrast, which is what I had in mind for Flowers (090818) in my previous post, which turned out to be pink and blue.

I had two ideas: flowers and vases; and what was nice about the line drawing is seeing the two main ideas overlap and compete with each other for attention. To maintain this tension, each idea had to be cohesive; each has its own language, in terms of color range and line flow. The flowers would be limited to pinks and reds, while the vases to shades of green. 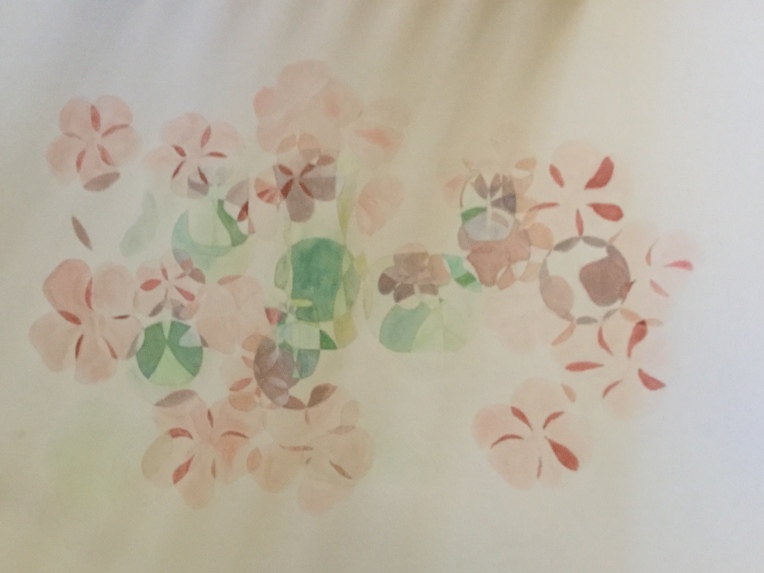 I was worried the vases would overwhelm the flowers, because it was difficult to find shades of green which weren’t darker than pink. Before painting in the final sections and after erasing the lines left in graphite, I realized I could erase some of the excess paint. I erased as much as I could, to even out how saturated it was.

Seeing a digital copy of the painting, I’m glad I went ahead with applying dark green and green-blue. I think I drew more flowers than I needed to and they definitely overwhelm the vases, or the vases barely compete well enough. Before finishing the final sketch, I was tempted to even fill the whole surface with flowers, so I could let some of the negative space work as positive space, which was something I could’ve done, again, in my previous post.

It’s definitely not as light and airy as I wanted it to be, which is due in part to how clumsy I am with a brush. I think I’m getting better, though.

For different shades of pink and green, I applied one color on the surface, and after waiting for it to dry, I applied another color, so after two applications, sometimes after only one, it would look a bit cakey, especially the sections that look purple. I applied a bright blue or bright blue + dark blue before applying the pink on top. I had to make sure it looked like it was supposed to be pink, so you could see the flowers as objects that had overlap with other objects, as opposed to flowers that were cut off by other objects, because if you only saw a part of each flower, you might not know they were flowers, as they were abstractly drawn.

One thought on “Flowers II”